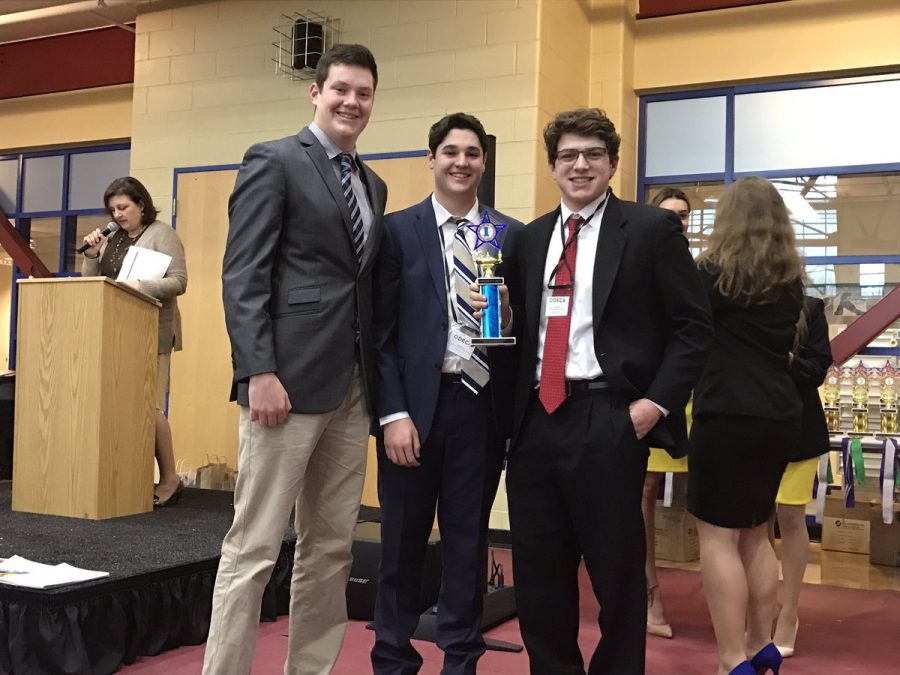 On January 11th, one hundred of the one hundred and forty Nashoba DECA students traveled to UMass Lowell to compete against seven hundred other local students in the District 5 DECA Competition. The location had changed from the Radisson Hotel in Chelmsford to UMass Lowell, which was an overall larger venue. Aside from learning the layout of the new building, as part of the use agreement, all presenters had to go on a tour of the UMass Lowell campus before or after they competed. The change had business teachers Mr. Andreopoulos and Ms. Carpenter stressed, but also optimistic.

Most students went into the competition confident and hopeful. Returning DECA members had high goals for the 2017 DECA year, including some who had competed at ICDC last year and were determined to return. There were also a lot of new members, who seemed apprehensive, but the glossy posters, long testing, and hard work benefited the majority of those in attendance.

After an almost two hour delay, the Award Ceremony began and Nashoba had many finalists. Those who won awards were called up on stage to be honored. Ninety two finalists will go on to participate in the State Competition held in Boston from March 9-11th. Good luck! Hope to see many Nashoba students moving on to ICDC, a national competition which will be held in Anaheim, CA this April.