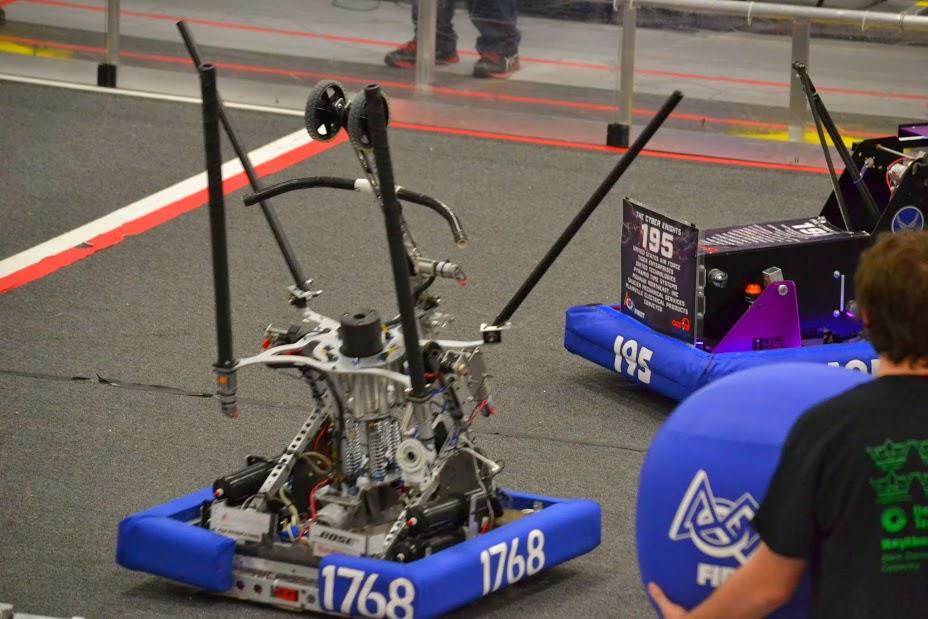 FIRST Robotics claims to be the “only competitive sport for your mind.” Although it may not look it, the weekend of the 22nd and the 23rd at the Southington High School Regional Robotics Competition certainly felt like a sporting event. With a mix of a driving team and coach, balls being thrown into goals, and NASCAR-style pit stops, it was truly a whirlwind of activity.

This year’s FIRST Robotics challenge was called Aerial Assist. During this challenge, two alliances of three robots each faced off in a contest to see who could score the most points. Points were scored using a large ball similar to an exercise ball and could be scored in many ways, including shots into large oval goals, over trusses, and to other alliance members. Rounds lasted about two minutes and were both exciting and hectic.

The weekend really began on Friday the 21st, when a select “advance crew” drove down to Southington with the robot and all the tools that would be needed that weekend. Packed into tightly crammed cars, many students slept during the two hour drive, anticipating the little sleep they would get during the upcoming weekend. As soon as students arrived, work began. The first process was to unload the robot and gear and  then cram it all into Nashoba’s ten-by-ten foot pit. Andrew Gallaugher said, “It can get a bit crowded. The pit is where [we did] all the work on the robot, basically.” The robot traveled constantly from the pit to the competition field and back again in a constant whirlwind of last-minute fixes to unexpected problems. 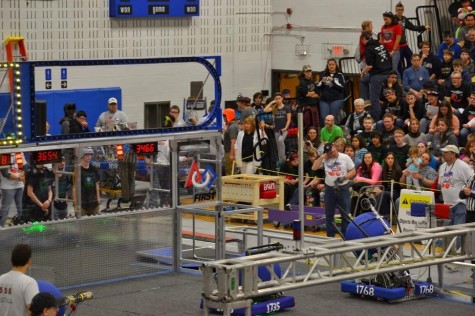 There are a number of student responsibilities at the competition, and so a few different jobs are specifically assigned. The drive team “has their hands full,” said Andrew Gallaugher in an interview. They have to be on their toes and ready to queue up for each of the 60+ matches Nashoba competed in over the course of the weekend. The drive team has four members. Two drivers operate the robot itself, the driving coach deals with strategy and helps drivers to work with other robots effectively, and the human player in-bounds the ball to the robots in the field.

Other jobs include the battery captain, who is responsible for ensuring that the robot has a fully charged battery at all times, and the safety captain, who is responsible for ensuring the pit is kept safe and members of the team do not hurt themselves. This year the Battery Captain was Andrew Gallaugher, Greg Woelki was safety captain, the driving coach was Riley Davis. Josh Bricknell was the human player and Paul Yavarow and Colin Willoughby drove the robot. 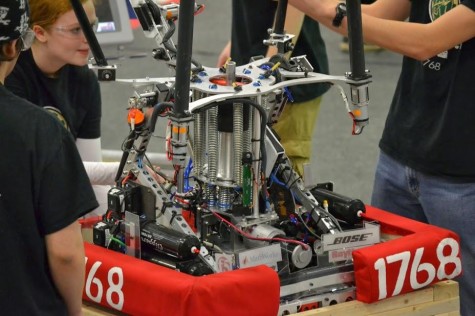 Nashoba’s results from the competition ended with the “Robo-Chiefs” in thirteenth place. They made the Elimination round but were knocked out in the semi-finals by team 195, who went on to win the whole competition. Nashoba’s robot boasted a creative design and an impressive autonomous shooter, but damage to parts of the robot and some electrical problems made it difficult to compete at its full potential during the competition. Also, one of Nashoba’s three batteries broke partway through the competition, which made the job of Battery Captain “kind of a pain,” according to Andrew Gallaugher. Unfortunately, Nashoba did not do well enough to continue to the New England competition in Boston. As always, the team looks to improve during the off-season and come back with an even better robot next year.