Faces in the Crowd: Kira Spedden 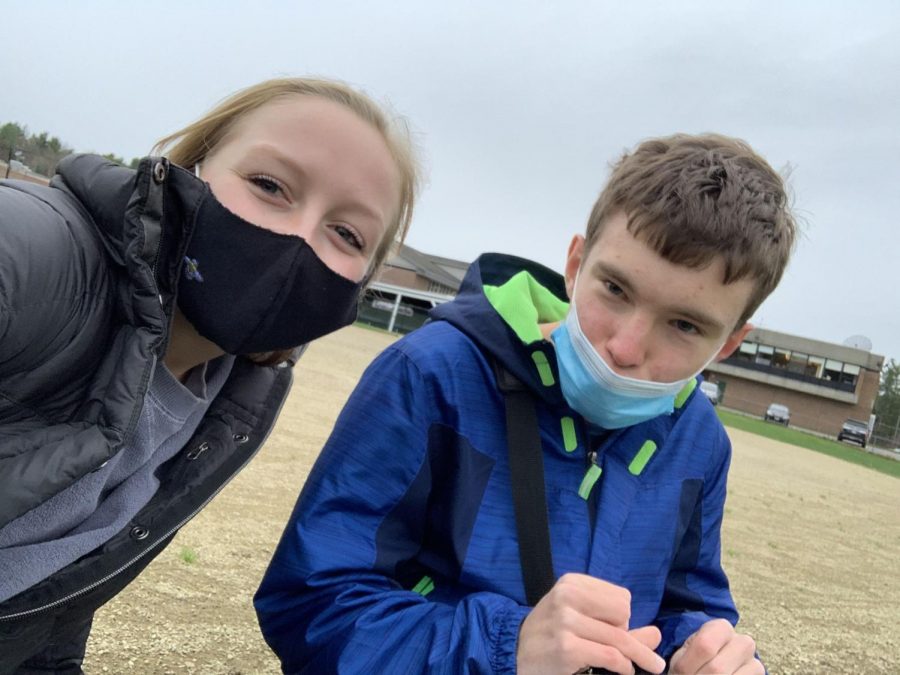 Nashoba senior Kira Spedden had always enjoyed working with kids, but after creating a special connection with a boy with autism, she felt she had found her calling.

Spedden is the President of National Honors Society (NHS), nanny for several kids, a varsity field hockey player, and DECA member, but it is her time in the Best Buddies program that she values most.

As a child, Spedden was often sick, which she says changed her outlook on life. “I was always so thankful of my life and of my parents,” Spedden said. Her gratitude led to a variety of community service projects, including organizing food and clothing drives and volunteering at soup kitchens. Spedden feels that the NHS allows her “…to give so much and get to do so much in the community,” which is her favorite way to spend her time.

Spedden first started babysitting at thirteen, and quickly decided that she wanted to do more. It wasn’t long before she was working at her local daycare, where she was placed in a four-year-old classroom. Spedden immediately “…made a special connection with one of the children who had autism.” Spedden says he was her inspiration to work with kids who had autism. She enjoyed speaking with him and spending time, and realized that it was something she wanted to do full-time.

After leaving the daycare, Spedden moved into her role as a personal care attendant (PCA), in which she cooks, cleans, helps her kid get dressed, and plays with him. She was paired with her family through Nashoba’s Best Buddies program, which she praised highly: “I was able to see a different side of autism: at home.” Spedden emphasized the importance of treating a child with autism the same as any other. “They know when they’re being spoken to like they’re mentally less than others,” Spedden cautioned. “Speaking to these kids like they’re just another child is so important,” she continued. “They’re smart! Even if they can’t speak, they understand what’s going on around them.” As a PCA, Spedden worked with an autistic child that couldn’t speak, which was a whole new experience for her, but one she loved just the same.

Spedden was signed to Salve Regina University to play field hockey, which she will be attending in the fall. While at college, Spedden plans to join the Rhode Island Best Buddies chapter and get paired up with another special needs child. With a major of biology and minor of neuroscience, Spedden is well-set on her path to becoming a pediatrician for autistic kids. The idea of spending time with these children and creating their treatment plans excites her. “These kids are different and they deserve individualized treatment plans,” she said. “A daily schedule helps them to feel in control of their body and their surroundings.”

When asked what other people should do to help, Spedden eagerly pointed to the Best Buddies programs around the country. “I think Best Buddies is the best way to get involved!” she exclaimed. Spedden also mentioned that there is always a need for PCAs, but just saying hi and asking a special-needs kid to do a puzzle would probably make their day. “These little things mean so much to these kids. They want to be seen and they want to be appreciated, just like any other child would want to be,” she explained.

For her closing thoughts, Spedden emphasized that “a lot of the time, programs want these children to kind of ‘fit the norms,’ but the thing is, they [don’t]; they’re different. While we want them to function on their own, and have skills that will help them provide for themselves, they also need  special attention; they need that one-on-one connection that lets them know that it’s okay they’re different.” Spedden’s main message revolved around the fact that “…so much of the time, people want kids [to fit a mold], and to be this idea of ‘normal,’ and that’s just not reality. We need to embrace the fact that kids are different.”