“This is not the Hong Kong we know”: Protester Shot in Hong Kong Demonstrations 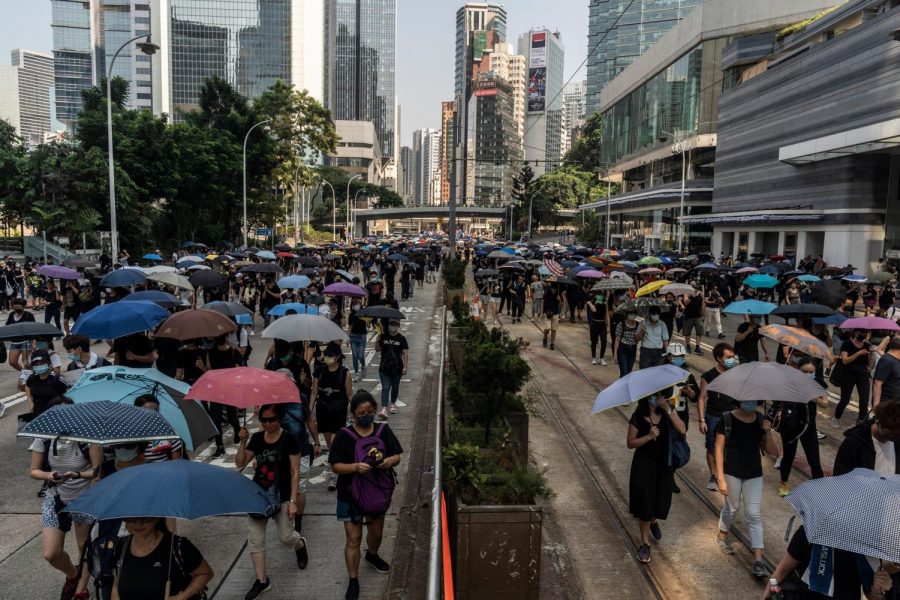 On Tuesday, October 1st, amid national celebrations in China, police shot a protester in Hong Kong during demonstrations that resulted in a tense standoff between the two groups. Varying reports about the identity of the protester have created conflicting narratives, a theme that has been pervasive in the protests for democracy throughout China and its territories.

In Beijing, huge masses gathered for parades and speeches to mark the 70th anniversary of communist rule in China.

In Hong Kong, protests started in June, often occurring as unauthorized events, after the government issued a ban on assembly. This past week, nine different districts in the territory were the scene of dangerous clashes between riot police and protesters. Tear gas and water cannons were utilized by the police forces, and protesters built bonfires and barricades.

Reports on the number of injuries and arrests were varied. Late on Tuesday, the police commissioner relayed that more than 180 protesters had been arrested and 25 officers had been injured. By midnight, the New York Times found that more than 70 people had been hospitalized. The protester that had been fatally wounded was, according to a video on the Facebook page of the police force, 18 years old and shot in the left shoulder. He was taken to the hospital still conscious, and has since been arrested. The local news reported the protester was a high school student. In videos posted throughout social media, he can be seen participating in a group chasing after a police officer and then attacking a second officer with a pipe. The second officer draws a handgun, and fires at the protester. Because the officer gave a verbal warning, the police commissioner maintained that he acted in a “legal and reasonable” manner.

Meanwhile, in Beijing, a military demonstration that included 15,000 soldiers and 100,000 performers honored the Communist Party’s rule in China and their accomplishments.

Xi Jinping, President of the People’s Republic of China, did not mention Hong Kong directly in his address, but stressed his dedication to maintaining stability in China and its territories.

Many interpreted Mr. Jinping’s words as a warning to demonstrators. In an interview with the New York Times, Ricky Hong, a marketing executive, stressed that, “Everyone is afraid of being arrested for just exercising our right to assembly and free speech.” Mr. Hong, with his wife and daughter, were participating in the marches this week. He told NYT, “This is not the Hong Kong we know. Please tell the world.”