The Bachelor Narrows Down to the Final Two 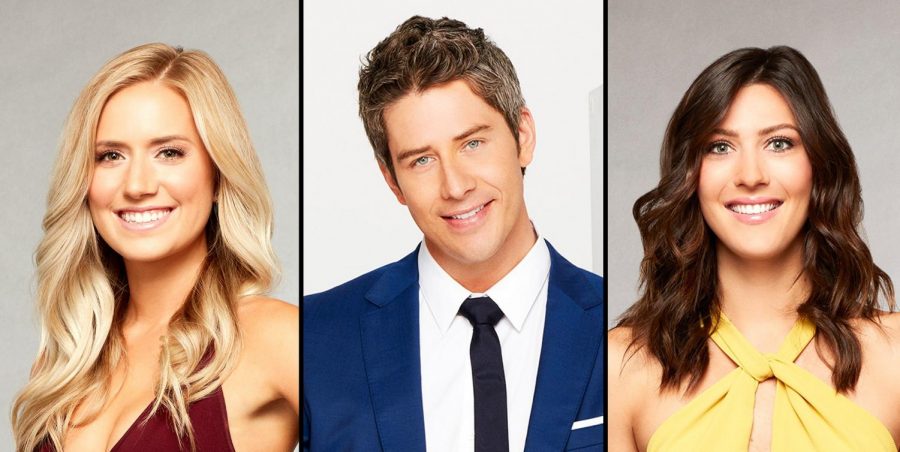 Janu-ARIE might be over, but the Bachelor season has yet to end. With the 2 episode live season finale airing next Monday and Tuesday bachelor, Arie Luyendyk, has narrowed his slew of girls down to two lovely ladies.

On one hand, Arie has Lauren B., a Tech-Saleswoman from Virginia Beach. This week, Arie went above and beyond as he took Lauren in a plane to see the aerial views of Peru, where their romance was ignited. Still on a high from their plane date, the couple enjoyed a dinner and an off-camera stay for the Fantasy Suite Date. Complete with its very own pool, the suite was nothing short of fabulous. Both Arie and Lauren said that this date progressed their relationship and solidified Lauren’s place in the final two.

On the other hand is Becca, a publicist from Minnesota. Her date with Arie was a nice candle-lit dinner in a desert tent. From the unique dinner concept, to sharing their fears, this desert-date illustrated Arie’s placement between two great women. One could get easily swept off in the magic of this date as it transitioned to the rose ceremony, but in typical Bachelor fashion, drama prevailed.

In comes Ross, Becca’s ex of seven years. The delusional man bravely marched to Arie’s door and demanded to see Becca, only to see a girl who had far moved on to Arie – the man she told that she professed her love to just the night before. In a one sided tearful conversation, the distraught and embarrassed ex-boyfriend tried to fight for Becca. It was the bouquet of flowers that were presented to her that she neglected on the floor that let viewers in on the fact that she had clearly moved on. The run in with Ross angered both Arie and Becca, and put a crack into their foundation as it weaved doubts into Arie’s mind. Amongst the ex-boyfriend incident Becca still got a rose, advancing her to the final two.

Arie might have a beautiful life awaiting him, although, one thing he left behind was second runner-up, Kendall, a taxidermist from California. As Arie walked her out to the limo that awaited her, it was the tearful goodbye that made fans speechless. The dune-buggy date in the sand dunes of the Peruvian desert was seemingly flawless. It was Kendall’s humor and quirkiness that attracted the bachelor, but it was progression of their relationship that worried Arie. Compared to the bonds of Lauren or Becca, Kendall was unfortunately leaps and bounds behind them. The doubts of her marriage-readiness concerned the bachelor, ultimately leading to Kendall’s tearful departure.

As for the scenes for next week, the adventure continues, with more drama to come. Bachelor Nation waits on the edge of their couches with the tease that was presented in the Women Tell All episode last Sunday. Contestant Caroline mysteriously told Arie that she “knew what [he] did”. Jaws dropped in the audience and amongst the contestants alike. This statement surprised fans, and left the nation biting their nails over what Arie could’ve possibly done. This open ended question was promised to be addressed in the coming two night finale, filled with tears, “I love yous”, and a proposal in Peru.

Fans impatiently await the claimed “most dramatic conclusion in Bachelor history”, and the answer to whether Arie chooses Lauren, Becca or anyone at all.